In keeping with Manchester United’s season, this was not easy.

They looked ordinary at times, one-paced and prone to defensive uncertainty. Goalkeeper David de Gea looked like an accident waiting to happen and his nervousness spread to the likes of Harry Maguire and Nemanja Matic.

But, though they lived dangerously at times, the United that finished this season is different in one crucial way to the one that started it. Ole Gunnar Solskjaer’s team – thanks to the improvement in Anthony Martial and young Mason Greenwood and the purchase of Bruno Fernandes – now have the ability to hurt teams in an instant. They did not do that during the uncertain days of autumn and early winter but they do it now and they did it here. 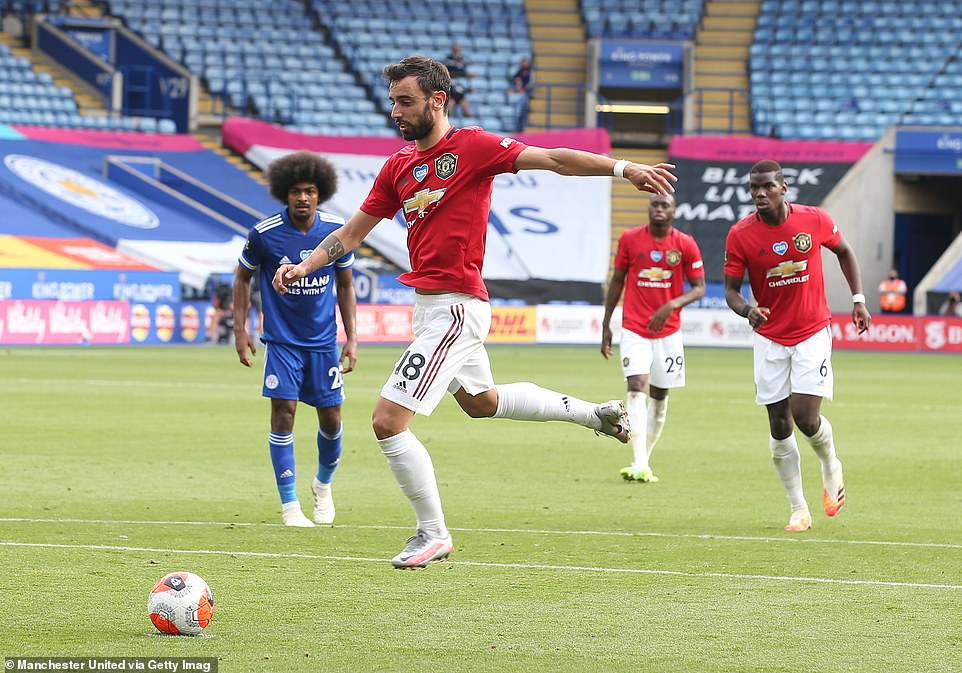 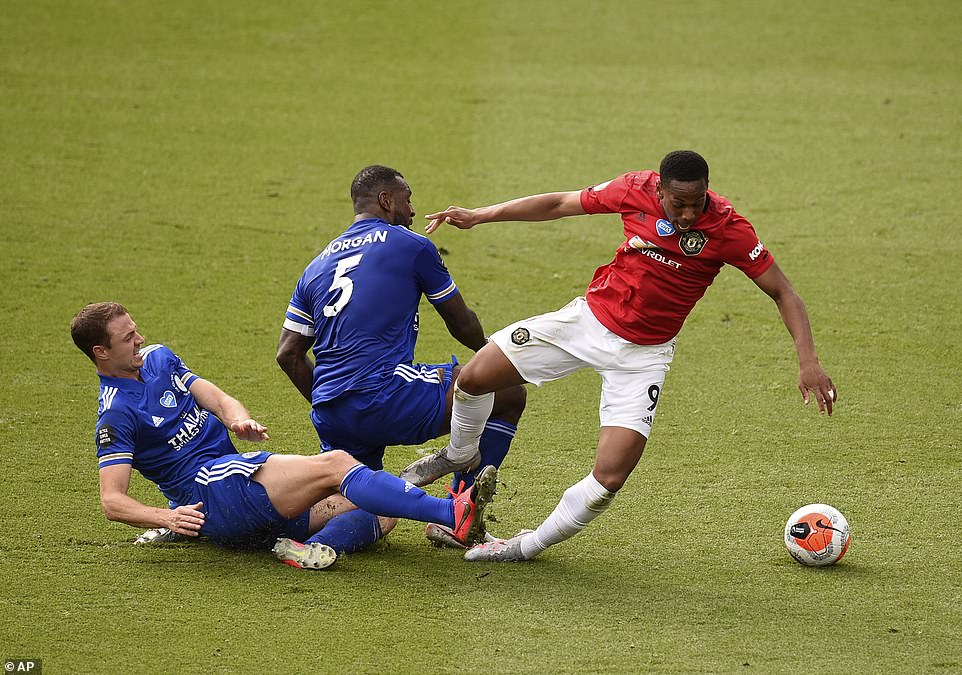 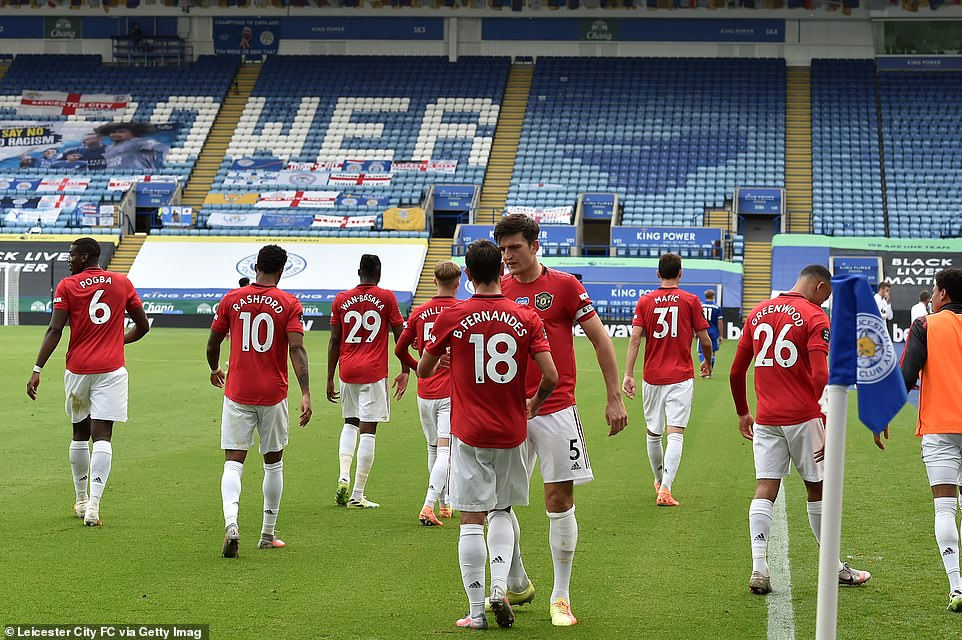 Leicester – needing a win – were on top as the game approached its final quarter. They were not kicking the door down but they were knocking on it. All they needed was for a chance to fall to the right person. Jamie Vardy had already hit the bar.

But when Leicester midfielder Hamza Choudhury dawdled in possession in his own half, the ball was taken off him by Greenwood. On it went quickly to Fernandes and then again through the middle to Martial.

In the blink of an eye, United were in and when Jonny Evans brought the Frenchman down Fernandes stepped up to bury the penalty.

There was to be one more goal, Leicester goalkeeper Kasper Schmeichel presenting the ball to United substitute Jesse Lingard in the very last moments, but that passage in the 70th minute tipped the balance of a tight game and sent Solskjaer’s team in to next season’s Champions League.

MAN OF THE MATCH: Anthony Martial 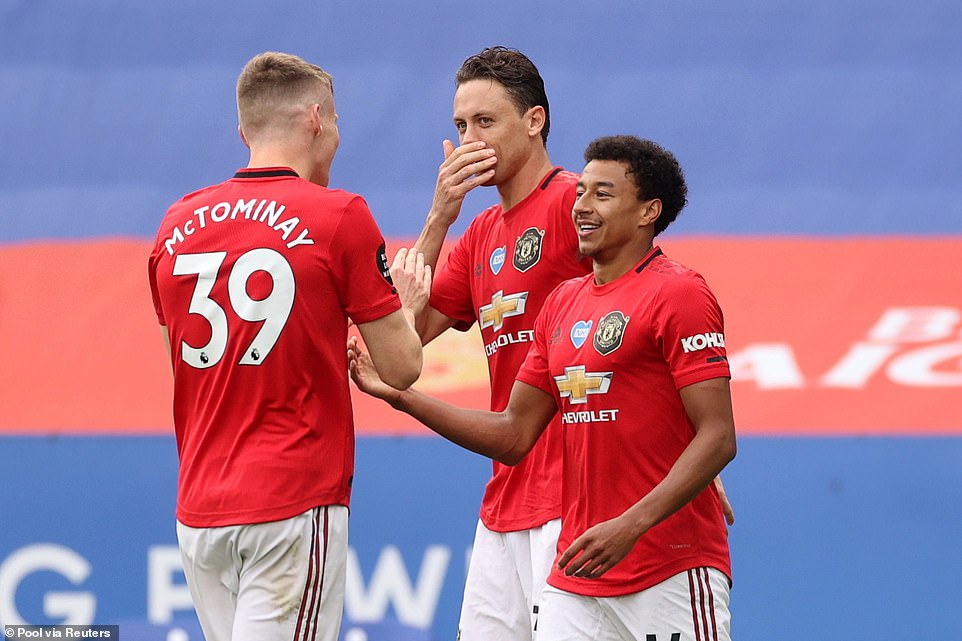 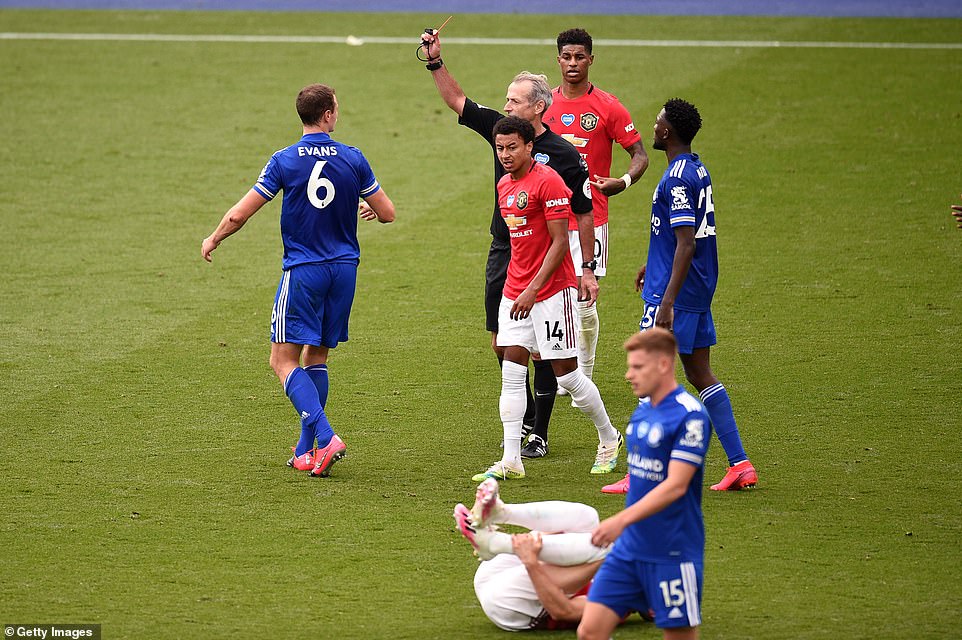 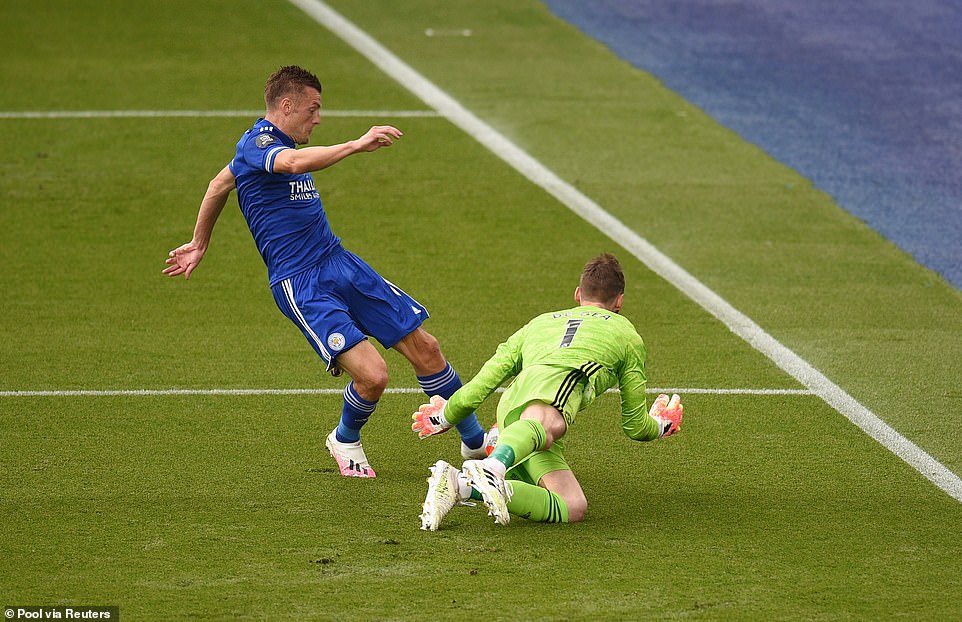 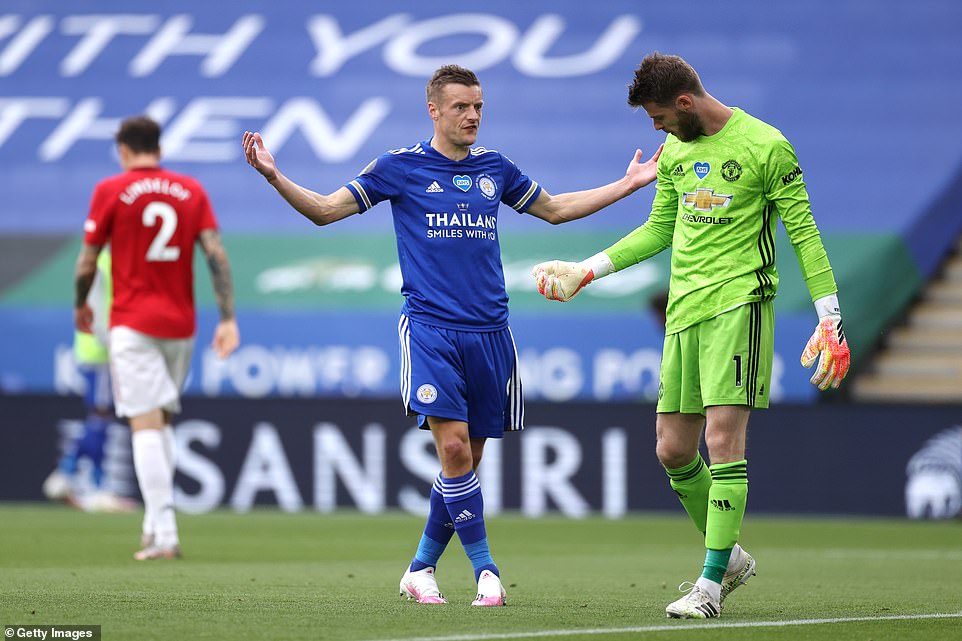 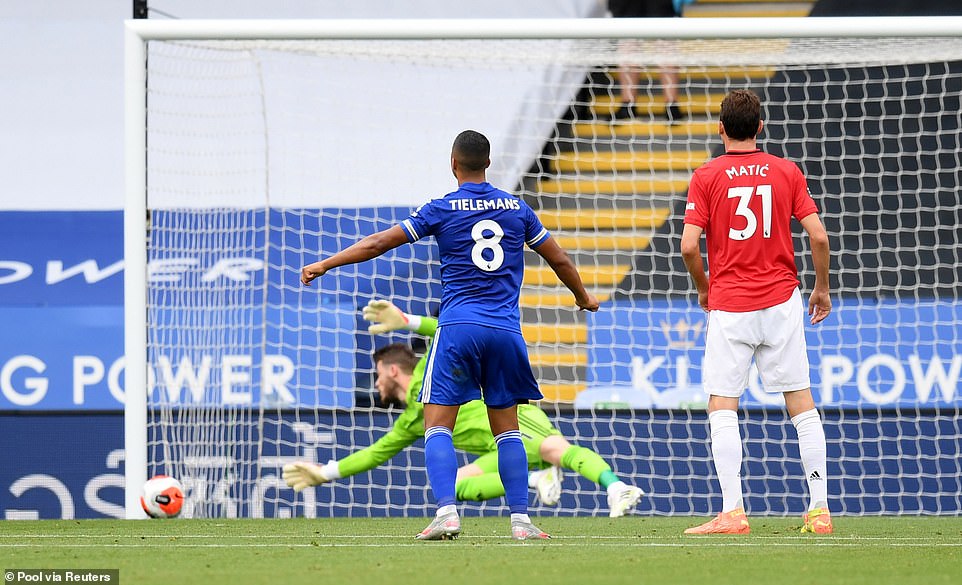 They deserve it, too, for the way they have played during the second half of this season. This was their 14th Premier League penalty of the season, a record for any club. But that isn’t the reason they have finished third. No, it is because they have found a way to play that hurts teams again. They are far from good enough to be a title winning side but they are much better than they were and that has proved to be enough.

This was a little tough on Leicester and their manager Brendan Rodgers. They went in to the break in the season back in March looking odds-on for a place in the top four. But the Leicester squad has always looked a little thin and over time injuries have caught up with them a little.

In recent weeks they have not been particularly recognisable and the reason they have surrendered a Champions League place is not because they lost this game but because they emerged from hibernation to lose points to teams like Watford, Brighton, Everton and Bournemouth. 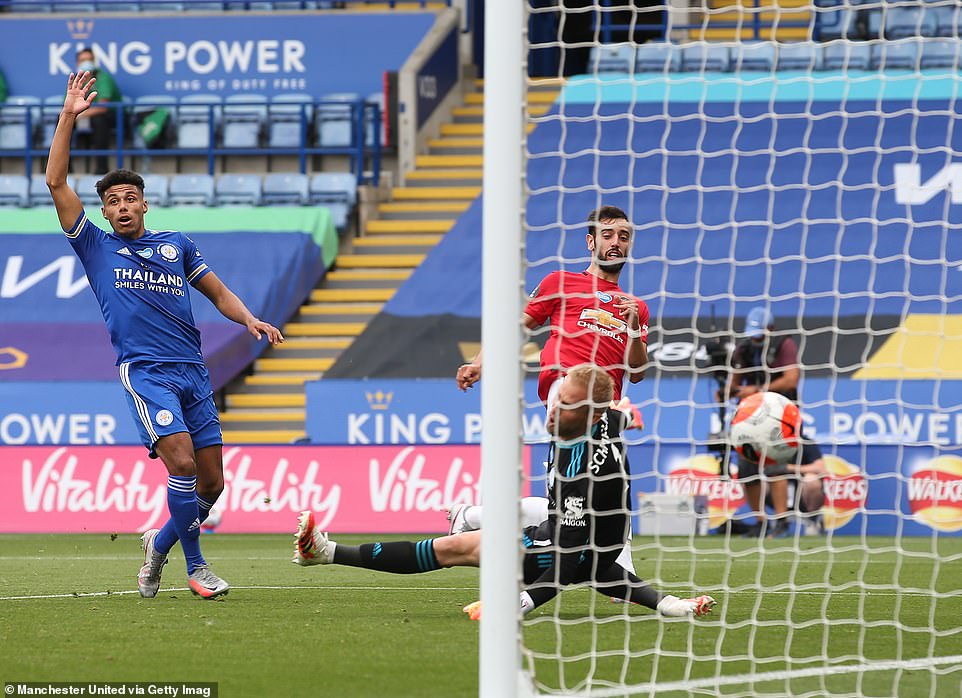 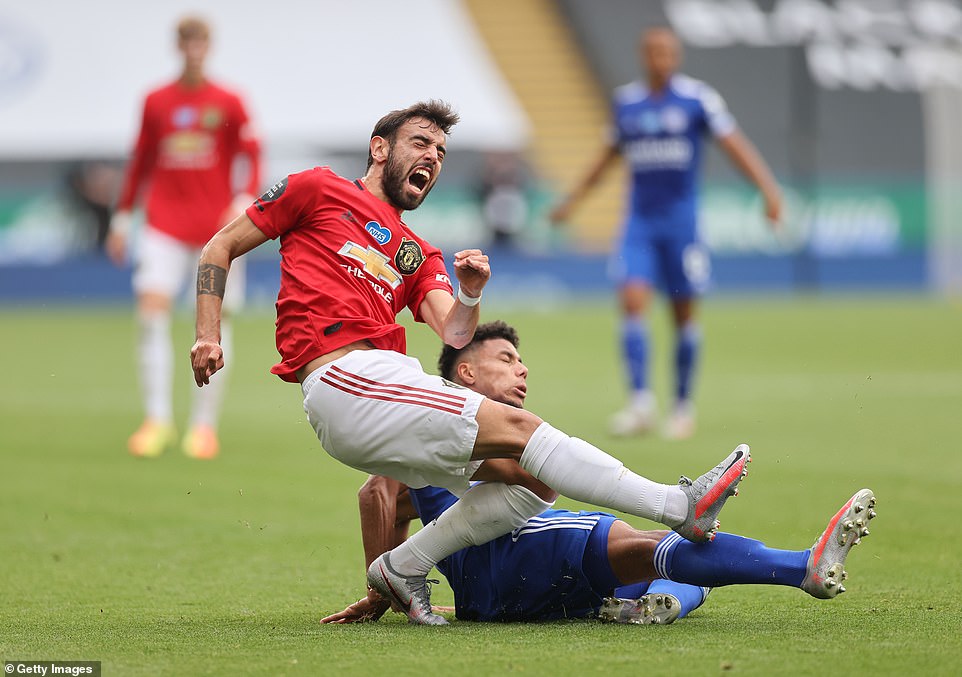 On this occasion, Rodgers’ team were not bad at all. United started well and Greenwood headed over but then Leicester started to threaten, particularly on the break. Wilfred Ndidi and Marc Albrighton both shot over, Kelechi Iheanacho shot weakly when running from deep and then Vardy was off target at the near post. United looked anxious at times. Matic gave the ball away in a bad area and then Maguire stood on it. Before long, both men were booked.

United did threaten sporadically – Marcus Rashford shooting wide and then bringing a plunging save from Schmeichel in the 45th minute – but they never controlled the game. They never looked certain that the outcome would be the desired one.

Leicester continued to press in the second half and Vardy landed a flick header on the top of the bar. For the home team Ndidi was excellent but how Rodgers must have wished James Maddison was on the field as he sought a bit of quality with which to unlock the safe. 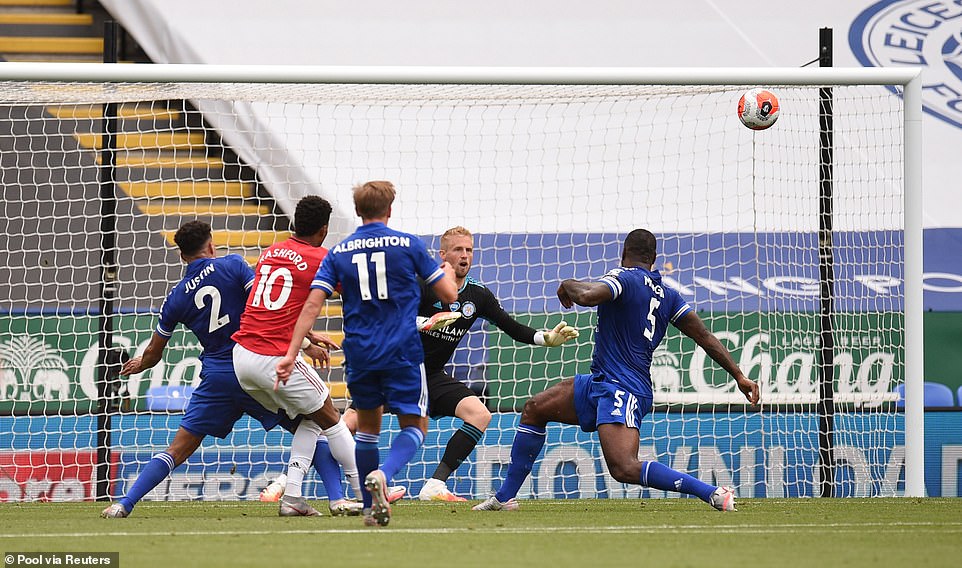 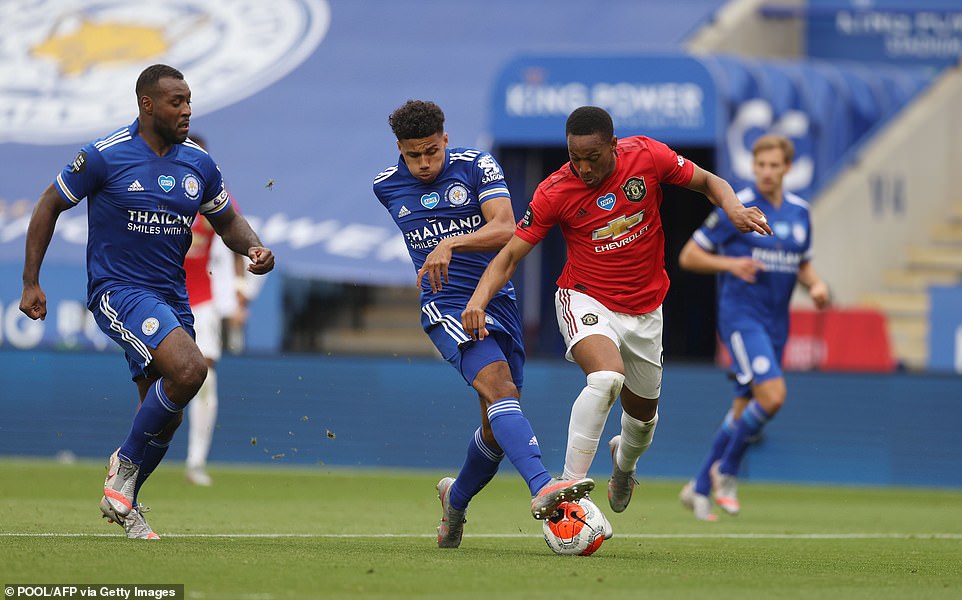 The first goal pretty much finished the game. Rodgers threw his substitutes on and one of them, Harvey Barnes, missed a good chance to equalise almost immediately.

But it was desperate stuff by the end and the game finished chaotically for Leicester. First Evans was sent off for a lunge at Scott McTominay and then Schmeichel stumbled to let Lingard in right at the end.

Solskjaer’s team have not lost in the league since January and that run has seen them make up 18 points on Leicester and brought them to third. The Norwegian has much to build on. 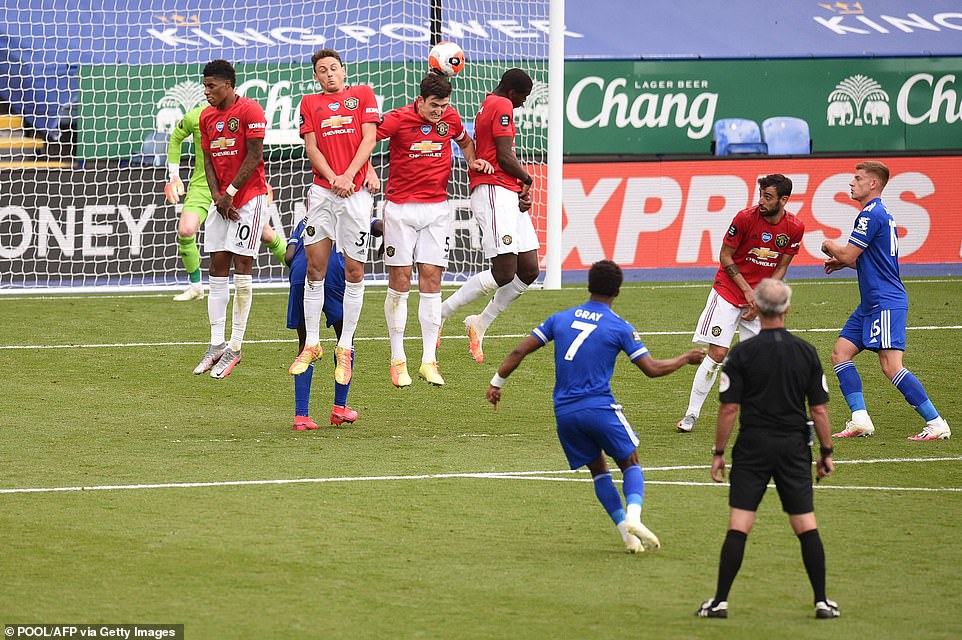 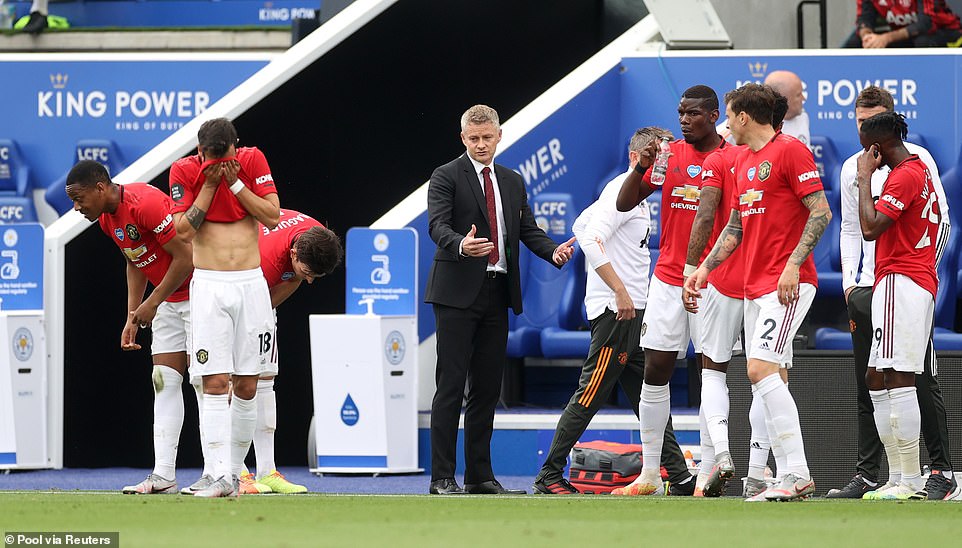 ‘This is a massive achievement,’ said Solskjaer.

‘It’s incredible. We have come so far as a team.

‘All the [media] predictions were for us to finish sixth or seventh. I didn’t know that until the other day. Me and the staff were discussing it.

‘But whenever I get criticised it makes me stronger. So that’s ok.’ 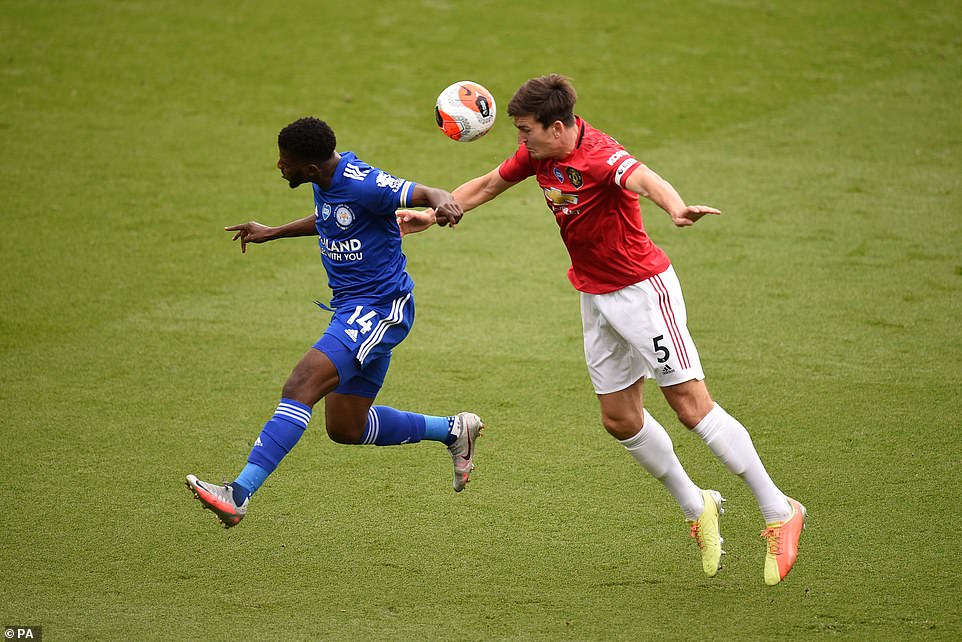 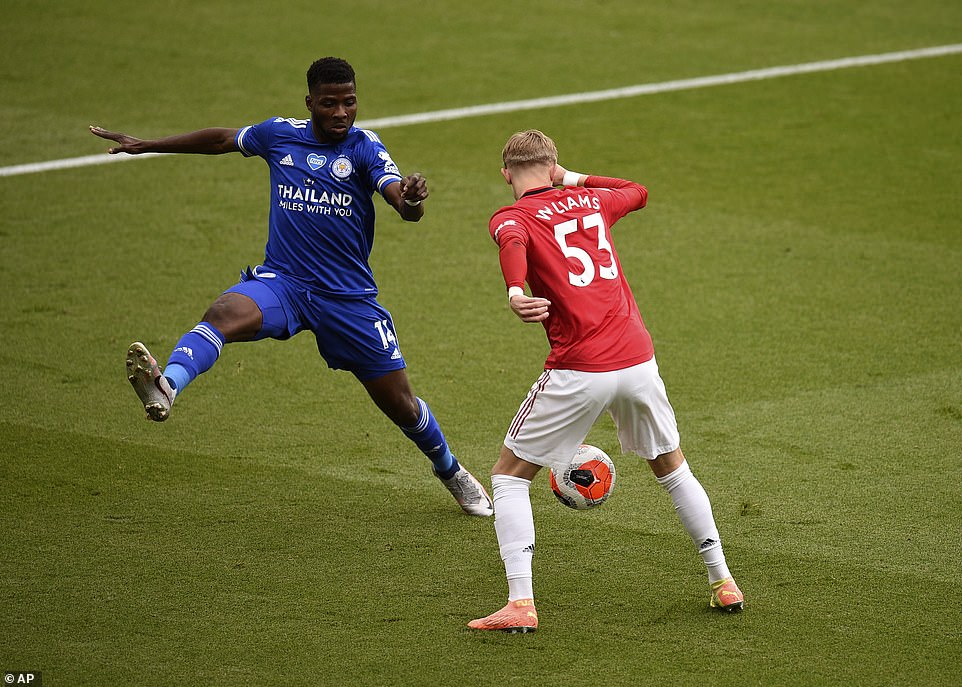