There is much more to John McGinn than just desire and commitment, according to former Scotland manager Alex McLeish.

The midfielder will take centre stage on Sunday as Aston Villa fight for their Premier League lives against West Ham United in London but it would be a mistake to see McGinn as all energy and no finesse.

McGinn has won plaudits south of the border for the aggression and drive he brings to Dean Smith’s midfield but, while those characteristics form a key part of the player’s make-up, McLeish was keen to point out they supplement the talent that was always there. 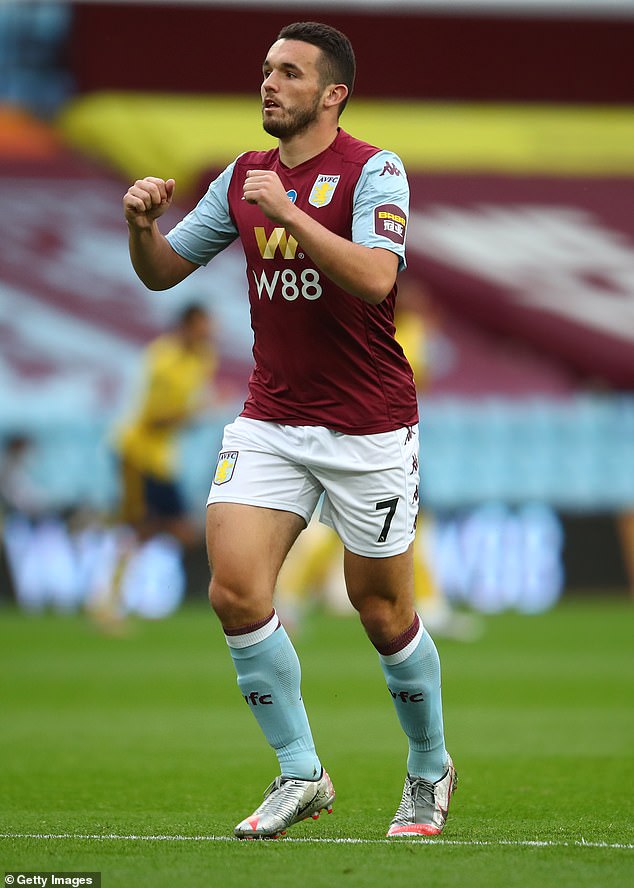 ‘There is always the obvious thing about John’s determination and his desire which is clearly a big part of his make-up,’ said McLeish.

‘It is also such a Scottish trait in many ways but ultimately there has to be more to you as a player than just that if you are going to go and perform in the English Premier League.

‘It is the richest league in the world but it is also a consistently high standard.

‘It can’t just be about wanting to roll up your sleeves and go for it — John has worked his backside off to keep getting better and keep improving himself as a player.

‘That desire to be a winner is great but it is also what fuels you when you are training and there aren’t cameras or supporters there to see it.

‘It is what motivates you to keep challenging yourself all of the time.

‘I remember John played for Scotland against Portugal when I was in charge and he had his pocket picked a few times in the game. It was a friendly but against quality opposition. Since then, he has really worked on developing his core strength.

‘He uses his backside just to try to protect the ball but he has really perfected how to do that and how to be a little bit more streetwise.’ Villa need a win to guarantee another season in the English top flight. It is to Scotland’s benefit that there are as many players as possible performing at that level as Steve Clarke’s side attempt to navigate their way back into elite company but, aside from that aspect, McLeish believes that McGinn has proven that he belongs at Premier League level.

And if Villa are on the end of the wrong result this afternoon and face the gloomy prospect of sliding back into the Championship, McLeish wouldn’t be too surprised to see another team come in for McGinn.

He has warned, however, that the player’s value has risen substantially from the paltry £3million that was sufficient for Villa to take McGinn south of the border from Hibs two years ago.

Steve Bruce’s Newcastle have already been linked with the 25-year-old; no surprise, perhaps, given it was the 59-year-old who signed the midfielder for Villa before he was sacked just a few months later. 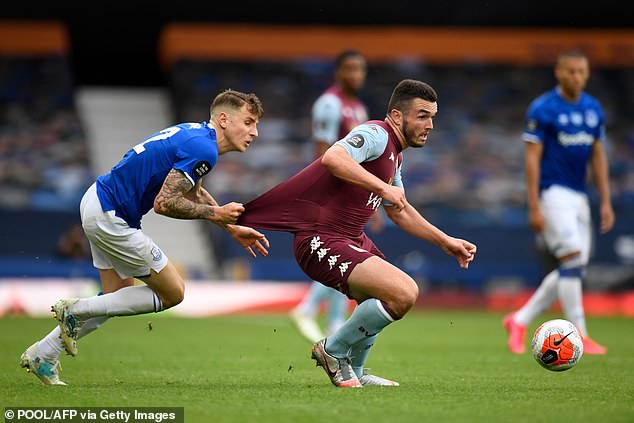 If Villa are relegated, McLeish said he could see the midfielder joining another top flight club

McLeish, though, has maintained that McGinn’s reputation demands that he would now command a top-dollar fee.

‘When he first signed for Villa, I received a call from a local journalist to ask me about John and while I did not want him to make a big comparison and label him as the ‘new’ anyone, what I did say was that his style for me was reminiscent of Gareth Barry,’ said McLeish.

‘He has that same physicality, eye for a goal and box-to-box energy that can be so influential.

‘When you look at the money that changes hands in England, you wouldn’t be surprised to see Villa say that he would be worth somewhere between the £30m and £40m mark.

‘And what a bargain they must think they got when they signed him from Hibs two years ago. It’s quite extraordinary. 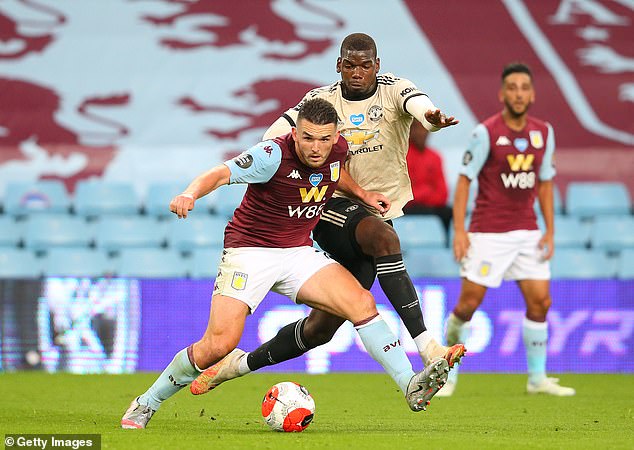 ‘John definitely deserves to play in the Premier League. It is a huge game for them this afternoon with so much at stake for Villa as a club.

‘I’d love to see them staying up but if they do go down, then I wouldn’t be surprised if you were to see another club come in for John.

‘He has more than proved that he is comfortable at that level.

‘He is at an age where he still has his prime years ahead of him. And, crucially, he has always remained a very level-headed boy. These are the players who keep improving.

‘John is motivated to keep getting better and the best way to do that is by playing games and playing them at the highest possible level.

‘It’s an unforgiving learning curve that way. You have to be able to take in the lessons and absorb them quickly otherwise you just don’t survive.’