By Jack Gaughan for the Daily Mail

Every penny counts at Burnley and there must have been a modicum of disquiet at how the final day unfolded. This uncharacteristic defeat cost them around £4million.

Not a great deal in the grand scheme of gargantuan Premier League wealth, and finishing 10th still brings significant financial reward, but this was an opportunity missed to finish eighth.

The difference in prize money between those two places is effectively Sean Dyche’s annual salary. 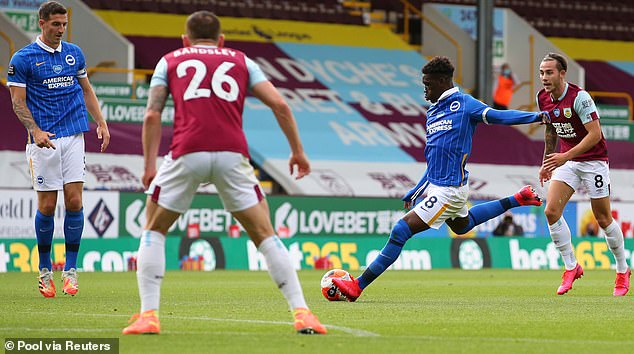 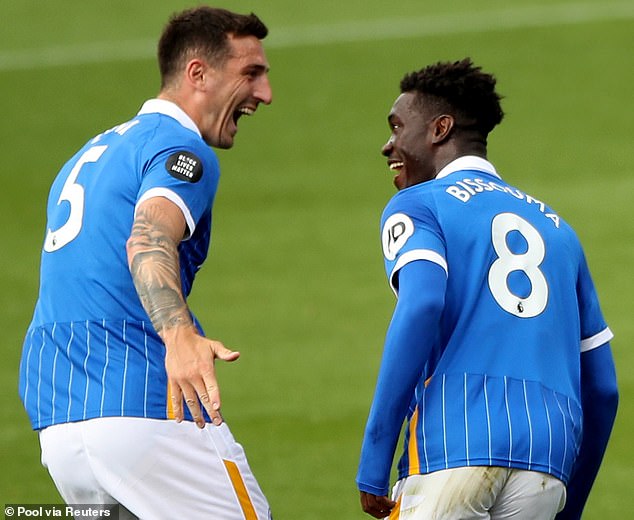 That would have been a handy bonus and Burnley knew it, Nick Pope running up for a stoppage-time corner in a bid to salvage a draw. An equaliser would have amounted to an extra £2m.

Regardless, it has been another outstanding campaign, in the top half for the second time in three years. From here, focus immediately turns to recruitment.

‘I know the financial framework, that’s obvious, but we’re in a very healthy position,’ Dyche said. ‘Ambition here is making the best of everything. We’re trying to rinse every drop out of every situation.

‘It needs support, that’s the reality. It’s about how much support you can get. I don’t sign the contracts, I can only advise on reinforcements.’ 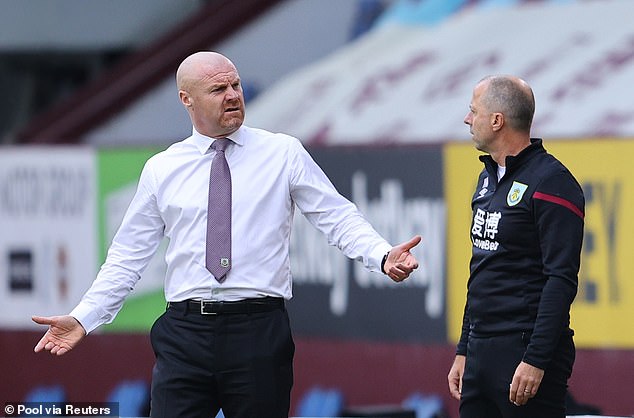 They will shop in the Championship. What the last few weeks have made clear is that Burnley could be a force with additional depth. That has been lacking as injuries and contract issues mounted.

Brighton, who recorded their highest Premier League points tally, were too smart against heavy legs. It will be of no consolation to Pope, but the goal that deprived him of what would have been a richly deserved Golden Glove award was sumptuous.

Yves Bissouma manufactured it after 20 minutes, preying on slack defending and bending a strike into Pope’s top right-hand corner.

Burnley were level on the stroke of half-time. Erik Pieters saw Chris Wood run off Lewis Dunk and chipped a ball just over the flailing Brighton captain. Wood took two touches: one to control, another to beat Mat Ryan. 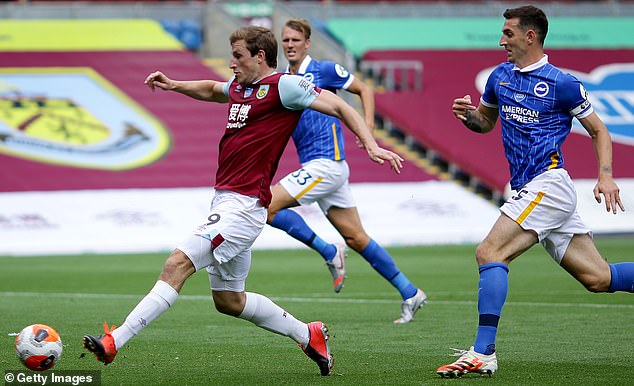 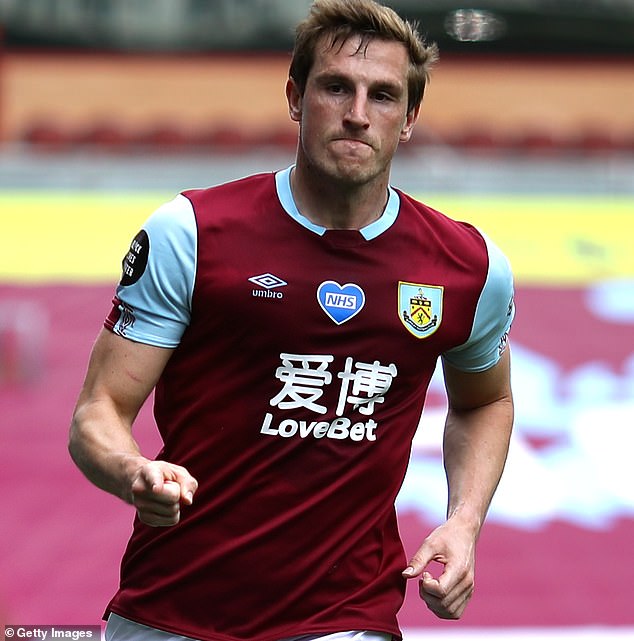 Neal Maupay had headed against the bar, while Burnley argued VAR did them wrong when Jay Rodriguez was shoved over by Dale Stephens inside the box. ‘Peculiar,’ said Dyche.

Brighton led again five minutes after the break. Kevin Long, deputising for the injured Ben Mee, allowed Aaron Connolly to wriggle clear, before he placed a shot across Pope and into the far corner. 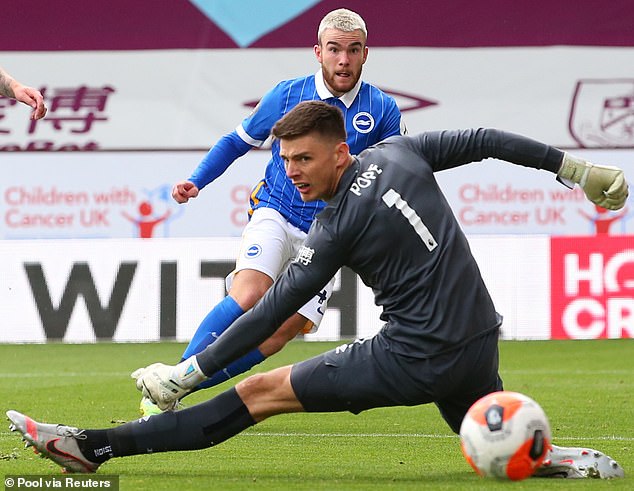 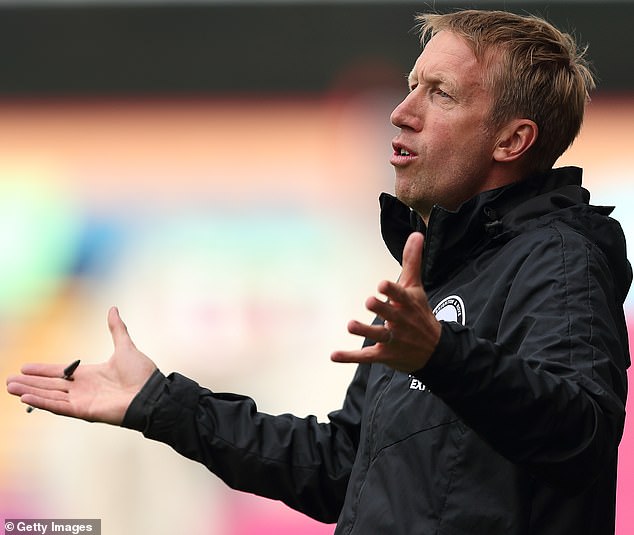 Rodriguez thought he had his fourth goal since the restart but his deft header from Ashley Westwood’s corner was disallowed, Johann Berg Gudmundsson obstructing Ryan while standing offside.

‘It’s nice to sign off like that,’ Brighton boss Graham Potter said. ‘To end on 41 points is good because the division is so tough.

‘You wouldn’t have thought Bournemouth and Watford would get relegated.’